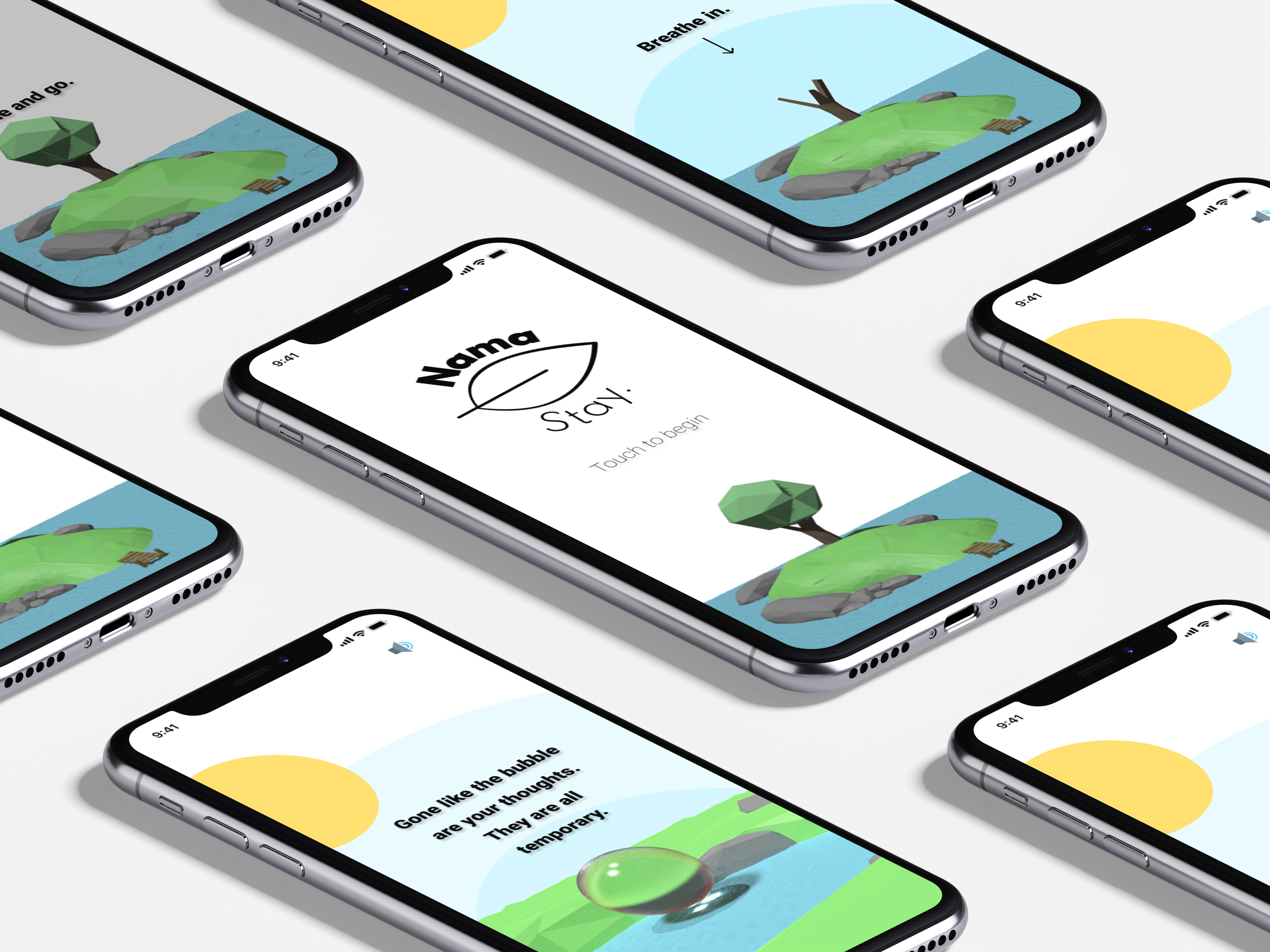 Namastay is a research project I undertook with Silvercloud, a mental health online platform. This project aimed to highlight how mindfulness applications can cater to users who want to learn to meditate and monitor their progress through guided micro-interactions.

The challenge for most users utilising meditation apps is that users typically want to try and activate a state of flow to achieve a meditative state. Through research, I found that the apps currently on the market weren't doing that, and users felt that the apps weren't very emotional.

I designed Namastay with two personas in mind; Mindfulness Practitioners, which advocate holistic approaches to mental health (The Advocate), and people who suffer from everyday stress and anxiety (The Over-Thinker). 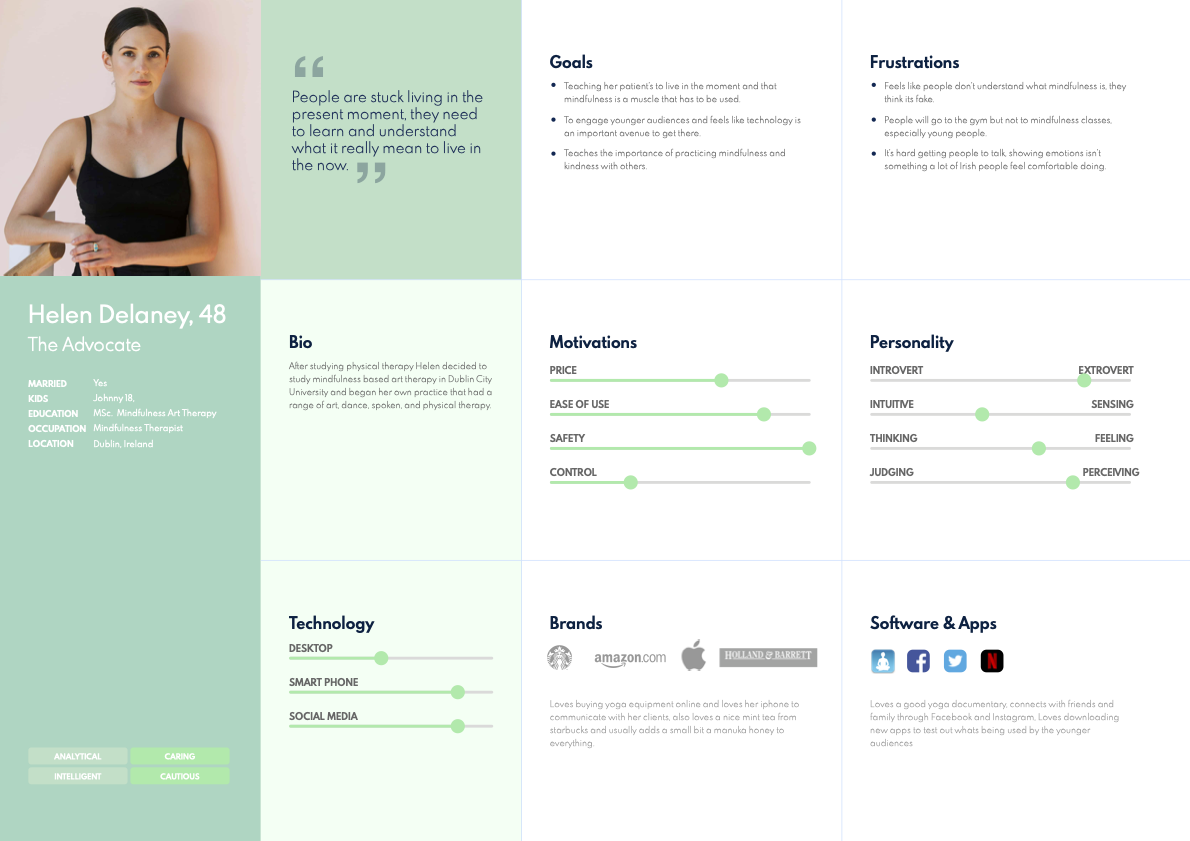 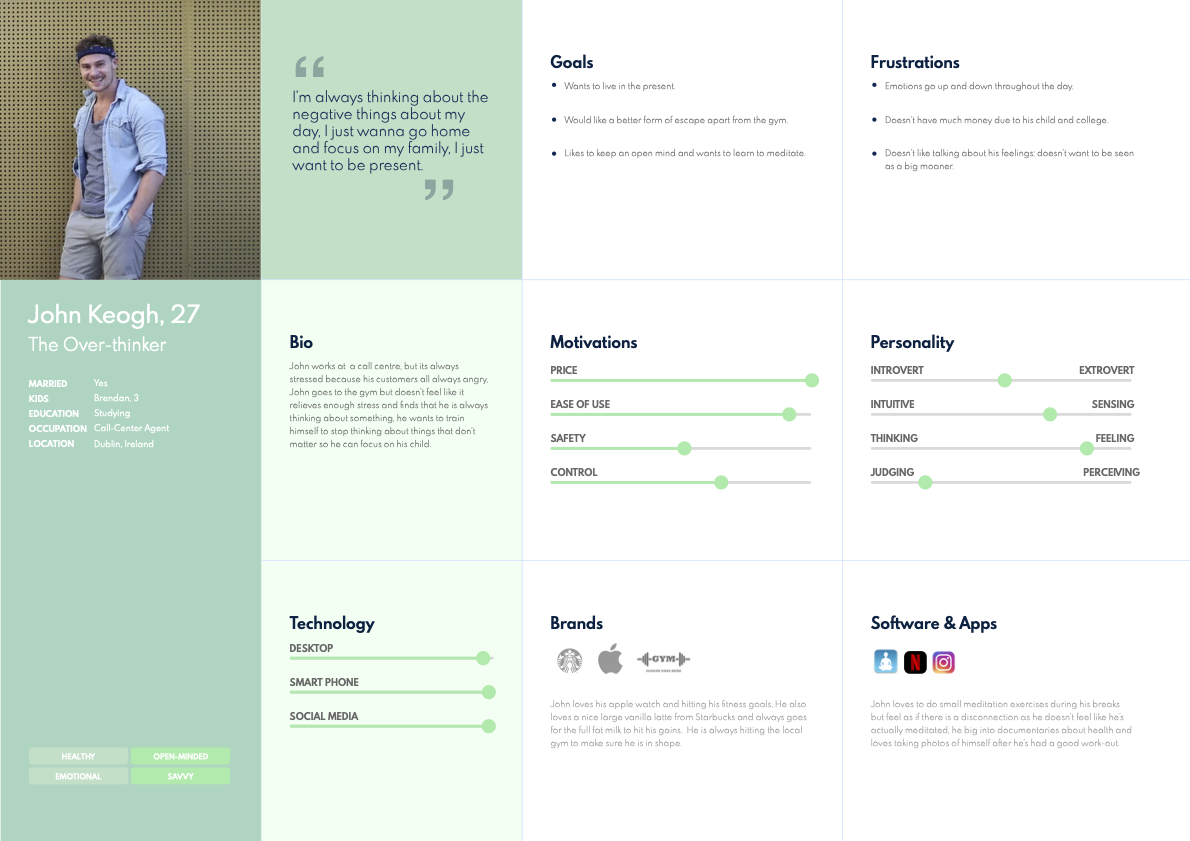 The research with critical stakeholders highlighted some key insights, specifically what was said by Dr Derek Richards and some users who had previously used mindfulness apps.

After my interviews, I was able to gain some insights as to what it was that I could design. "Maybe having a response to something when someone does the mindfulness exercises. There's a lot of variability in those solutions." This insight got me thinking of interactions and responsiveness, which according to what users say about the current apps on the market, were "lifeless and unemotional." 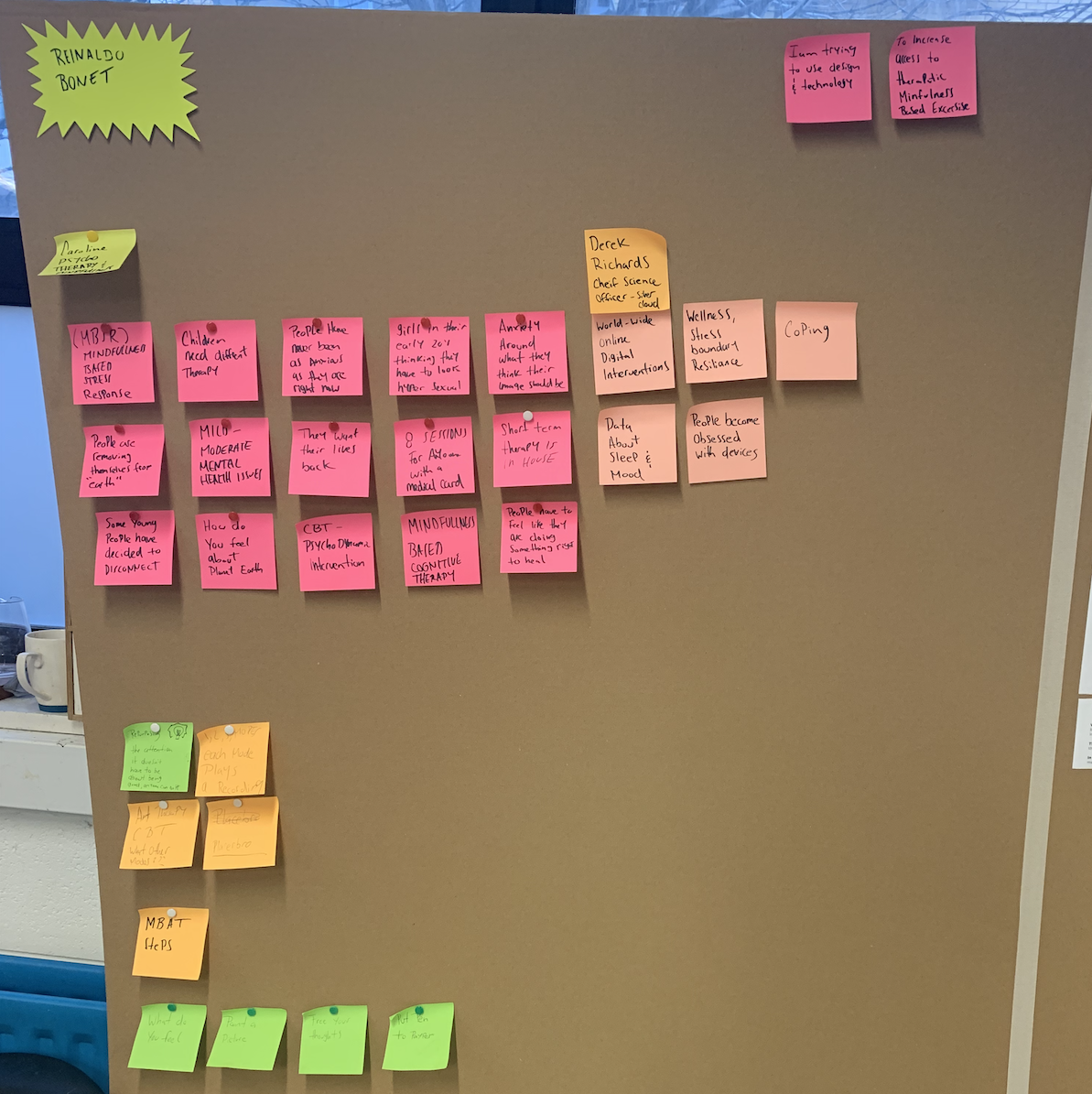 Through a user journey map, I was able to identify how users would experience Namastay over some time, so I can maximise the user experience if any issues occur. The user journey map allowed me to recognise that users might like to have features like turning the apps audio off and the voice recording feature to monitor their progress.

Sketching allowed me to develop Namastays minimalist style, enabling users to interact with the 3D environment easily. I also began ideating the specific interaction the users would have available to them. 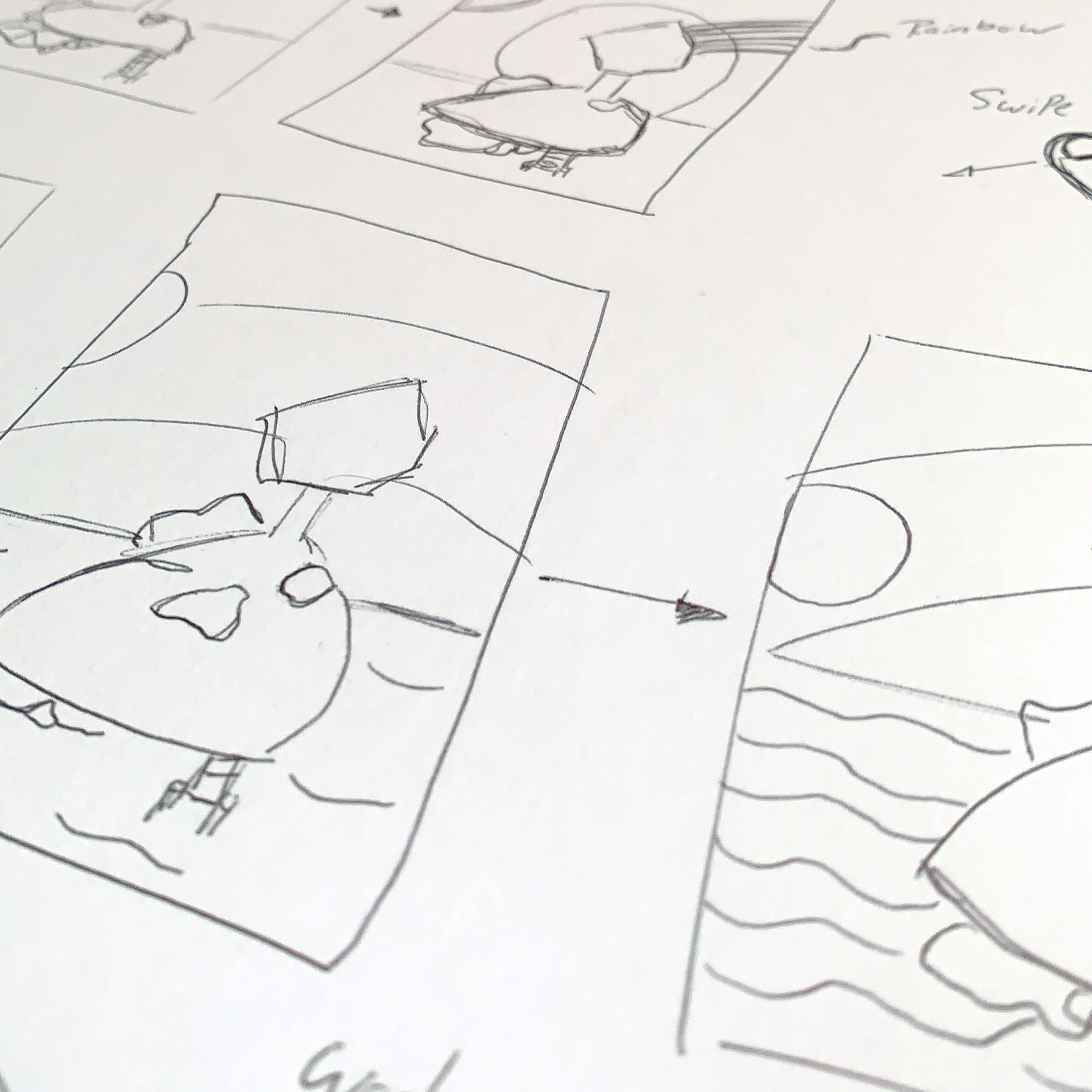 Through the interaction flow diagram, I was able to ideate the flow of Namastay and tested the flow using the paper prototypes above to ensure what I was designing was what the user would need. 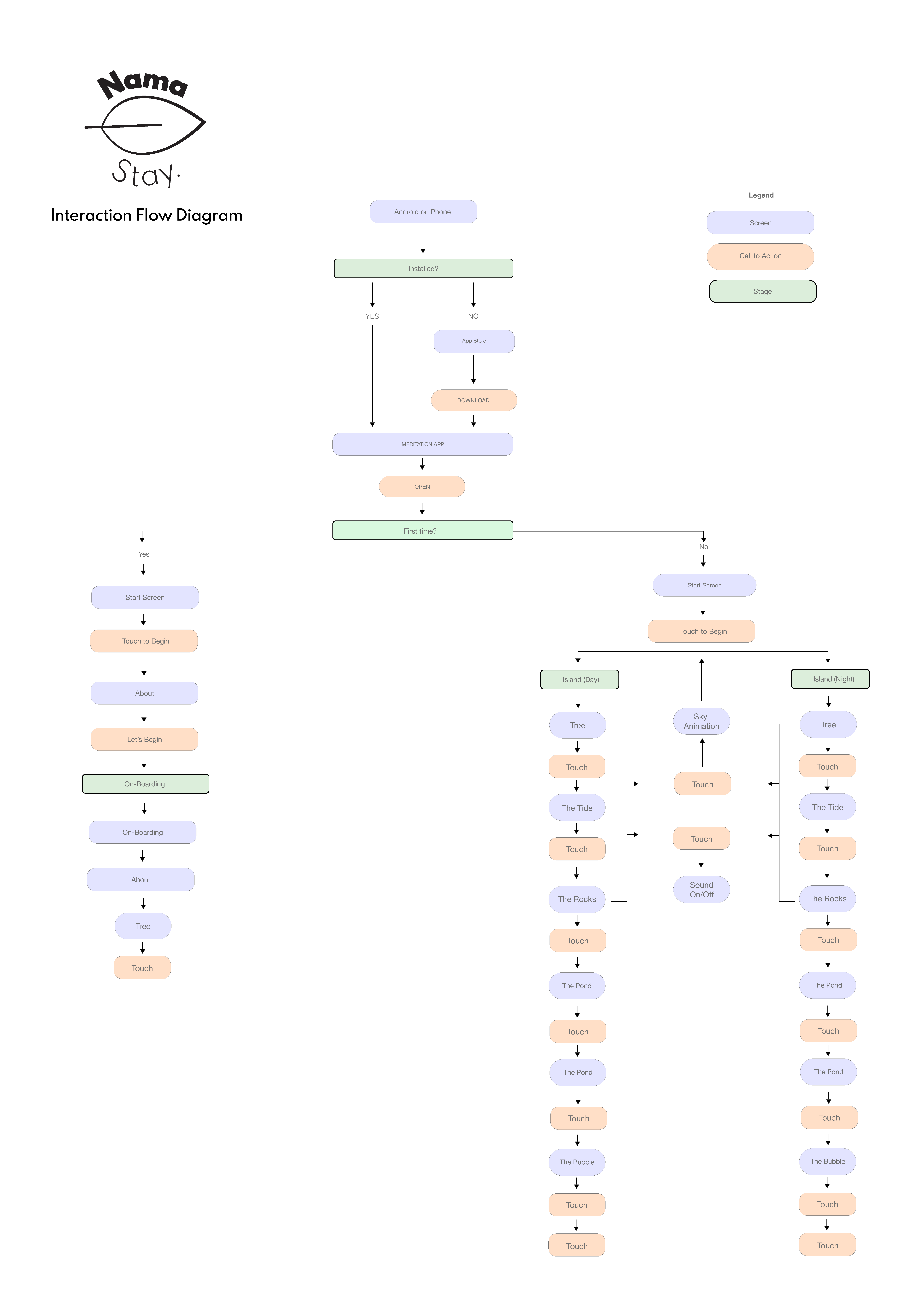 I then used the wireframes to have a starting point for the final design, which I designed using Figma, and there I was able to animate and prototype the app for usability testing with my users. The flow diagrams show the steps a user can take throughout the application. 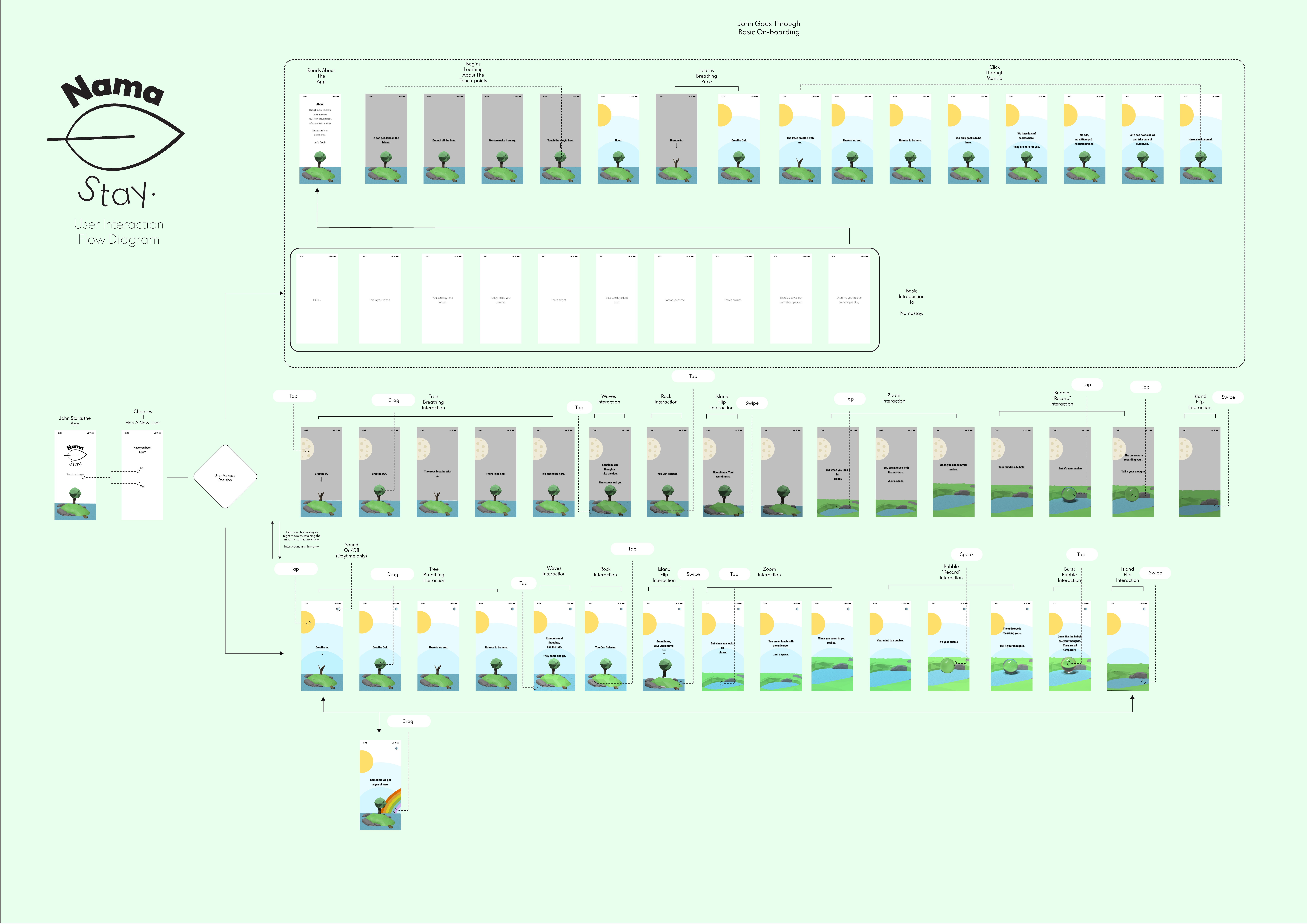 The below prototype was designed in Figma and tested with users. Furthermore, I gained insights into what needed changing for users to have a better experience. The one below is the final version.

For this project, I wanted to encapsulate everything that is art therapy, meditation and self reflection down to it very abstracted concept so that it could be interjected into little moments throughout someones day in app form.

After speaking to Caroline and Helena and my users, I was able to have them test the final prototype. I'm confident this was achieved with my final concept. They felt as though the app was successful in achieving the goals of expression, meditation through the animations.